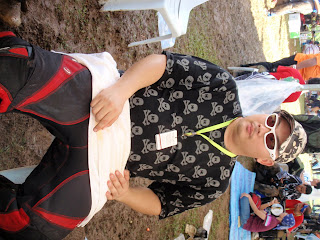 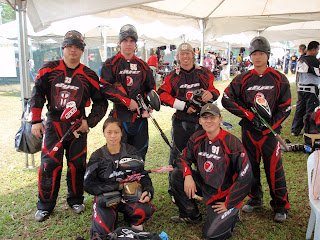 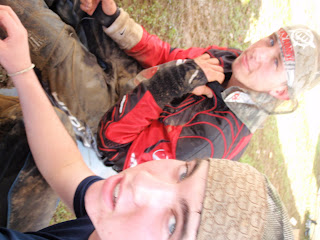 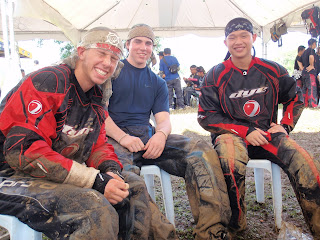 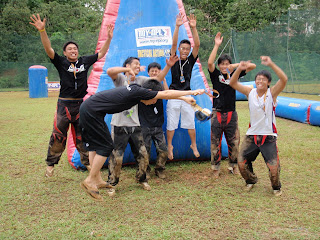 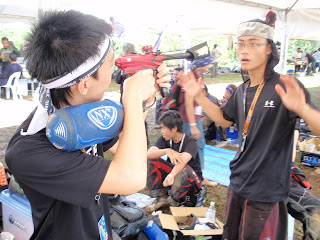 With the NPL Leg 2 in Johor Bahru, it is almost impossible for Red Sevens to miss this leg of the competition. Having travelled to Malacca, Penang, Selangor, KL and the furthest to Taiwan for paintball, JB is a considered as very very convenient... but hell tiring. I had to wake up at 5.00 am on both competition days to ferry the team across the causeway. Having played in the MPOC for 2 years, this is also the first time that Red Sevens has participated in the NPL. Well... to conclude the differences, I think its just one word - Organized. How organized? I will elaborate on this in the next posting.

There were 4 Singapore teams and a few other Singaporeans who were guesting for other teams.

In Division 4, there were:

Team Karma - A local team who often plays in Malaysia and participate in JBL 2008 but very seldom seen playing on local grounds.

Team Red Dynasty - Team formed by staff who works in Red Dynasty Paintball Park. Have seen and experience paintball every other weekend, this team was raring to get some overseas paintball experience. Having played together in the last MPOC JB and missing out on the podium, they were pretty determined to make things right.

Judas86 - A former Redlords, a current Team Kamikaze...and guesting for Shootin Rage (SIR) in this leg of the competition.

In conclusion: Team Red Dynasty won the 1st Runners Up out of 11 participating teams, Team Karma had an early day after Day 1 and with Shootin Rage, Judas86 won a 2nd Runner Up medal too. For the record, Judas86 and Sham are the first 2 local lads to have won a medal in both Singapore and Malaysia. 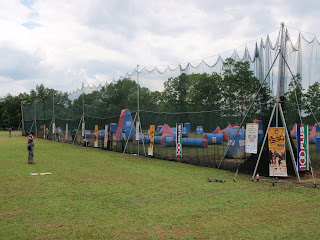 In Division 3, there were:

Red Sevens - In Day 1, we won 7 of our 8 qualifying games and was placed in 2nd position out of 19 participating teams. A good results indeed... but luck was not shining on us in Day 2 and we managed to get into the Quarter-Finals.

Warfreakz - A local filippino based team who was SPNS 2008 overall Champion. They had a few guest, Alan Lee (from Singapore) and Halim (formerly from Iron Sea) who was guesting for them. They too had a good outing in Day 1 but due to some misunderstanding, they got some points deduction. Still they did well to qualify for Day 2. A top 16th spot before they called it a day.

All in all, it was good fun, a weekend competing and getting together laughing and joking around. It was also good to take time off from the usual work and meeting up with our former teammates, Azlan and Sharful (who recently got posted to JB, thanks for coming down to support us on both days). Azlan who helpe us crew during the last few games and offered us cash to buy paintballs, that was indeed very appreciated gesture.

Thanks to Gerald's dad for being so supportive in our quest to win a medal in paintball. Our 2 American kids, you guys did well too, yes we were unlucky but you guys played well and I enjoyed hanging out with you guys.