Playing in the PSP!

Ben Seow and Jane Koh will be travelling to the PSP for MAO (Mid Atlantic Open). Having played with Team Tyranny in Division 2 of last year's PSP World Cup, Ben and Jane will be extending their game experience with Team Headhunters in the Division 3. While at the PSP, they will take chance to meet up with Red Sevens teammate, Zachary Hagy who is now part of the Palm Beach Vipers in Division 2. They will also meet up with Ryan Stoll an ex-team mate who played a part in the formation of the Red Sevens. Ben and Jane became the first 2 Singaporeans to have played in the PSP in 2011. 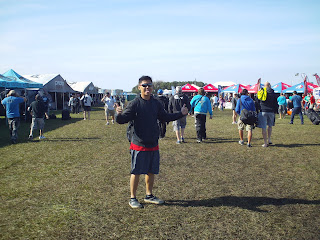 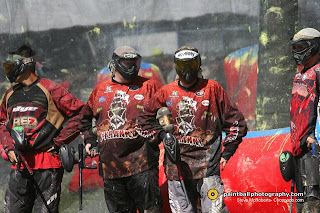 Ben is currently planning to form a team for the PSP World Cup 2012 in October. If you are interested to be part of this team, please drop him an email at info@redsevenspaintball.com. Estimated budget will be USD5K for a week of travel to experience the PSP!

15 July 2012 (Singapore) – Held in new location, Singapore Paintball Series 2012 Leg 1 concluded the 2 day paintball event with a resounding success as Team ZOO clinched the SPS 2012 Leg 1 Champion title over Red Sevens II in a nail biting Final. With a total of 25 participating teams, the SPS introduced several changes to the 2012 edition with the RaceTo2 Format as the most significant change. For the first time in Singapore paintball history, Open Division and Division 3 games was held in the ever popular RaceTo Format which is accordance to International paintball regulations such as the Paintball Asia League Series (PALS) and the Millennium Series in Europe. New to SPS2 012 is the introduction of the 2012 version of the Millennium Series bunkers which has 3 new bunkers, the Elbow, the Mini-M and the Beam. Led by SPS Referee Azhar and SPS Referee Manager Idi, the SPS Referees took on the role of “Big Brother” to officiate in their first national paintball tournament without the aid of overseas guest referees. “Our SPS Referees understand their roles and responsibilities in the development of paintball in Singapore and stood up to the test. The SPS Referees belongs to an important part of the overall competition growth as we continue to improve their involvement in the series” exclaimed SPS Tournament Promoter, Ben Seow who is also an advisor for the SPS Referees. SPS Referee, Muhd Razak who is commonly known as Zak was selected as the SPS Referee of the tournament when he displayed commitment and precise judgement when officiating. The SPS Referee medal is newly introduced to acknowledge our referee’s competency in paintball refereeing during the event. 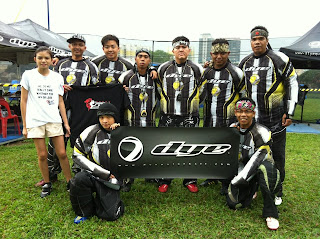 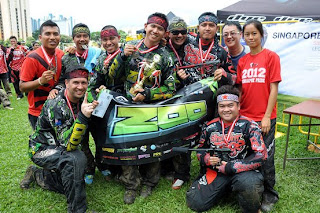 Contract Killers SG took the third spot as they outplayed Red Sevens I in the 3rd/4th placing playoff. In Division 3, it was Team Blitzkrieg which took the Champion title against an exhilarating matchup against The Outlaws I which has been on a winning form in 2012. Blitzkrieg which many claim to be one of the most hardworking team in Singapore stormed through the qualification round as the second qualifier behind The Outlaws I. Raving Lunatics claimed the 3rd position when they outclassed Heartbreakers in the 3rd/4th placing playoff. Heartbreakers which was named the Overall Champion for SPS 2011 played in their first Division 3 tournament and showed their class as a worthy opponent.

Division 4 was won by The Outlaws II with Pumperz coming close in the 2nd position. Natural Born Killers took on Chaos Killers in the 3rd/4th placing playoff and emerged the eventual winner. Division 4 saw a total of 8 participating teams with Team SP Paintball, SPainters Revolution and Blitzkrieg Jugend making their debut in the SPS. 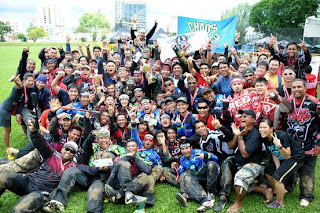 “We would like to thank all participating teams, supports, spectators and sponsors who took part in this leg of the tournament. Over our many years of development and promotion, the SPS has been constantly progressing with better infrastructure and expertise. The SPS is definitely a signature paintball event in the Singapore calendar of international standards. Only with the consistent support and right progressive development are we able to make this sport mainstream and popular.” said Jane Koh, Tournament Director of the SPS. 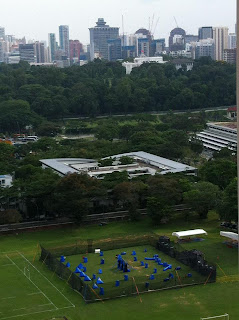 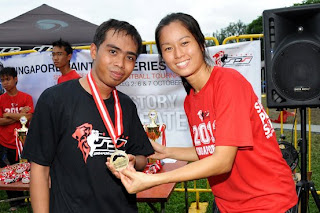 Corporate Division which saw a taste of corporate rivalry and strong company identity has Pumperz CSC walking away with the Champion title. SG Frontiers which was formed by a group of staff members from the Immigration and Checkpoints Authority took the 2nd spot in their first ever SPS experience.  SAESL Sharks and Alpha Avengers took the 3rd and 4th placing respectively.

SPS2012 Leg 2 will be held on 6 – 7 October 2012 at the Marina Promontory. Teams which are interested to be part of the SPS can visit the SPS website for more information, www.singaporepaintballseries.com
Posted by ION at 5:56 PM No comments:

22 May 2012 (Singapore) – Organized by the Singapore Paintball Series (SPS), the inaugural SPS Dialogue session saw a total of 26 participants from the paintball fraternity. This dialogue session which was organized as a “by invitation only” event has team representatives coming together to put in place a developmental path for Singapore paintball. Views were shared and topics were debated upon with the primary aim of getting Singapore paintball to be recognized by the local authorizing agencies so as to allow more Singaporeans to be involved with paintball sport in Singapore. “The idea behind this dialogue session is to get everyone together to talk about burning issues that are faced by Singapore paintball teams. Teams that are registered with the SPS are invited to share their comments and suggestions to further improve the current state of paintball sport in Singapore.” said Ben Seow, SPS Tournament Promoter. 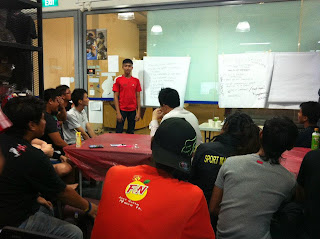 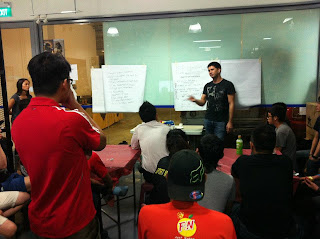 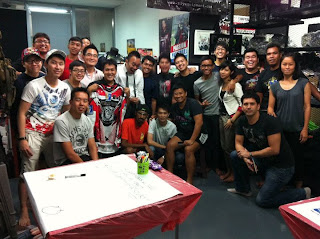