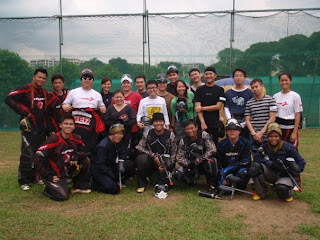 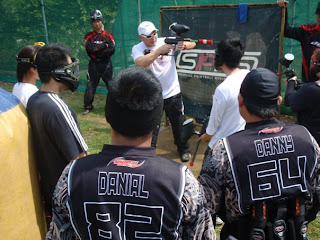 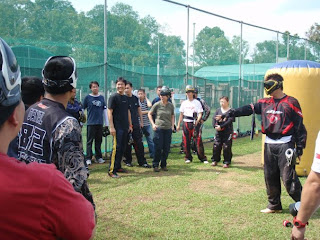 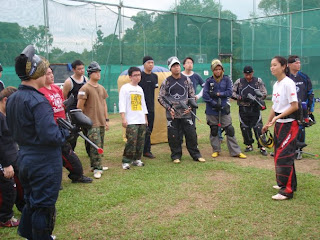 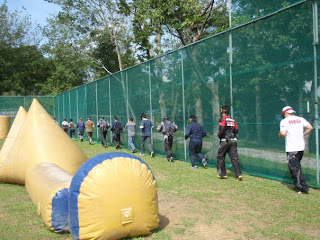 Red Sevens conducted a "Paintball 101" session last Sunday at Red Dynasty Paintball Park. This session was attended by 18 participants, all of whom have some playing experience but would like to know more about playing paintball competitively. This is also the first time since Red Sevens was established that a workshop was conducted.
Red Sevens was formed in 2006 by a group of paintball enthusiasts who wants to promote and develop the game of competitive paintball in Singapore. Often known as the first competitive team in Singapore, this team has participated up to 30 paintball tournaments in the region and will be playing in the Division 2 category in 2010. Highlight of the team was when they were invited to represent Singapore in the Asia Paintball Invitational Tournament (APIT) 2009 in Kao Hsiung, Taiwan as a part of a demonstration sport in World Games 2009 and the National Professional Paintball League (NPPL) Asia Invitational 2008 where professional paintball teams such as Dynasty, Infamous, Bushwackers and XSV were present to promote paintball in the Asia region.
For those who have missed this paintball workshop, do keep a look out for the next one in March/April 2010.
Posted by ION at 1:01 PM No comments: