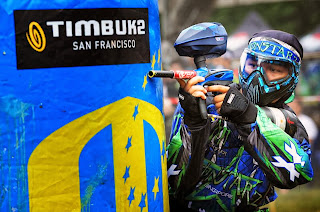 The Singapore Paintball Series (SPS) 2013 Leg 2 was held at The Cage Sports Park on 7 & 8 October 2013. A total of 33 teams participated in the event with a legion of overseas players from Malaysia, Brunei, Philippines, Taiwan and Thailand. Malaysia All Female Team, Siren made their first appearance in the SPS with other Malaysia teams such as Team Throne and WTF Dragonz from Penang and Kuala Lumpur respectively. The SPS which was formerly known as the Singapore Paintball Novice Series (SPNS) from 2008 - 2009 is Singapore's oldest and most established paintball tournmaent which focuses on paintball development and promotion in Singapore. The SPS provides a competitive platform for local and overseas paintball enthusiasts to compete on a friendly ground and to pit their skills against one another. "Paintball sport in Singapore has progressed over the years, it is imperative for us to continue to nurture this sport and introduce this game to as many people as we can" exclaimed Jane Koh, SPS Tournament Director.

Team ZOO which claimed the Champion position in SPS Leg 1 took the SPS Open Division Overall Champion Title after their final game against Throne from Malaysia. In the Bratpack Division 3 category, Team A.C.E.S with their consistent performance whole year round won the Overall Series Champion Title. Hellions SG from Division 4 took the top honours when they finished with a double champion by cliniching the Leg Champion and the Overall Series Champion for Division 4. 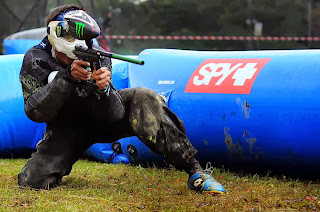 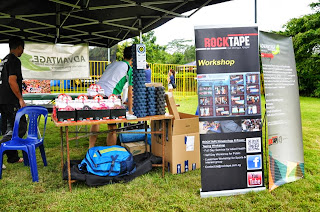 "We would like to thank all corporate sponsors who recognizes our effort in promoting and developing this sport in Singapore. We hope for more corporate sponsors to step forward to support our passion for paintball. We have a passionate community in paintball sport and the SPS is a good platform for everyone to come together and enjoy the game" said Ben Seow, SPS Tournament Promoter. 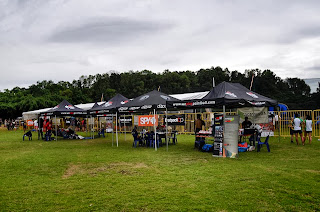 The SPS Organizing has several plans in stored for next year, first in the plan for 2014 is to fill the Singapore calendar with more paintball events so that players can practice and compete on a more regular basis. There are plans to adopt another new format competition in 2014. The committee also have plans to work closely with local paintball operators so that the sport can be developed through a unification body such as the SPS.

For more information about Singapore Paintball Series, please visit their website, www.singaporepaintballseries.com
Posted by ION at 5:42 PM No comments:

Just came back from a tournament and thought that perhaps I can jot down some of the things which went through my head this weekend so more people can benefit from our experiences:

1)     Always stick to the game plan. We spent time off the field talking about the biggest game plan to counter our opponents but how many players can actually stick to what is instructed of them? The game plan involved the entire team coming together to put off the greatest offense or defense and all it takes is one player to disregard the game plan and everything falls apart. So in future, if there is a game plan, do your best to stick to it. The plan involves the team and not just the individual. Of course, there is room for you to do other stuff but do your best to follow the game plan.

2)     Be versatile. To be a good player, one has to understand the fundamentals of playing in different positions in the field. Yes, when you first started the game, there is often than not a preferred position which you want to be in but that does not mean that you have to stick to that position all the time. As the game progresses, you are required to do more than just playing behind the same bunker. Being able to play in all positions and in all bunkers not only allow you to understand the roles and responsibilities of each playing position but also help you to step up to the role in critical time of the game.

3)     Understand the objective of paintball. How can you win games? Firstly, you can eliminate all opposing players in the field. Secondly, you can hang the flag or in the case of race-2 you push the buzzer. Assuming you ran out of paintballs or you ran out of air in your tank or your marker is down, how can you still win the game? The answer is obvious; you hang the flag or press the buzzer. So if you are behind a bunker and not wanting to go for the flag or the buzzer what will become of you? A sitting duck I say. You are not contributing to the team and thus not able to win games. In summary, do something and don’t just sit there. Human shield perhaps.

4)     Gun skills. Treat the marker as though it is part of you. Be comfortable with holding the marker using both hands. Think of it as part of you and so allows for great maneuver.

6)     Be sneaky sneaky. Yes, the sneakier you are the more kills you get. Keep shooting at your opponent will definitely stop them from moving up to the next bunker. By stopping them from doing that, you can never get the elimination that you want. Understand when to shoot and when not too shoot. Constant shooting doesn’t necessary means its good. When you create opportunity for your opponents to move, you lure them into your kill zone and that is when you make the hunt.

7)     Be a hunter who can also be a prey. Lure your opponents and hunt them down. Change your technique when necessary. A hunter needs to prey but he too can sometimes be the bait. Players need to understand their roles at each course of the game by seeing the bigger picture behind the team’s win. When in good position to become bait, it is often good to make a hunter out of your teammate and let them make the kill.

8)     Understand the rules. A player can only play the game better if he/she understands every single rule in the game. Just as any sport, you need to use the rules to your advantage. Likewise in paintball, understanding the rules will allow the player to fully appreciate everything there is to the game and thus change their decision of the game play according to their advantage. Where time is a factor to win games, one need to plan and play out their strategy according to the game duration.

9)     Open your eyes and listen. Use your ears and listen to your coach and supporters. They are always out there giving you vital information to close the game. Don’t hesitate to move when you are instructed to do so, make sure you follow to your coach instructions. As they say, the outsiders’ view is always clearer.

10)  Read your opponent’s game. Don’t just sit in the pits and do nothing. Spend time observing each and every team which you are going to play. Observe how your opponent team breaks out, do they play the snake? Do they stack up at home? Do they have corner runners? Do they run up the middle? Observe and take notes, especially observing every movement of your opponent. Reading your opponent’s move can give you the upper edge.

There you have it! 10 great tips for your next outing! Have fun!
Posted by ION at 3:37 PM No comments: