1) We could see a team merger between SPS Open Division Team Ballistics and SPS Novice Division A.C.E.S for the PALS Bangkok event in May! Most of them are SPLAT X players, we were told...
2) We see the "retirement" of Vince who was featured in Dark Militia and ZOO. We know we wouldn't be seeing the last of him. And if Newcastle Football Club (his favourite soccer team gets a league promotion), we will see him returning to paintball. If you are looking to get some paintball gears, you can definitely contact him.
3) Resources told us that Team Contract Killers will be gunning for My-NPL Leg 3, more news later.
Posted by ION at 1:16 PM No comments: 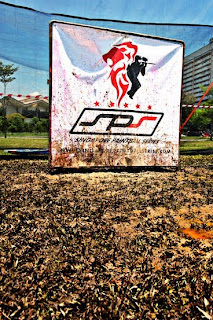 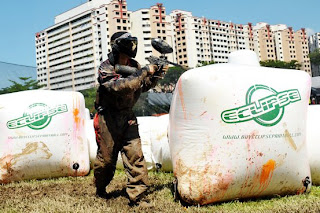 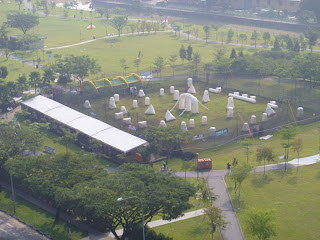 The Singapore Paintball Series (SPS) 2011 Leg 1 was held in Jurong Central Park on 16 & 17 April 2011. This tournament leg saw a total of 29 participating teams shooting for the Champion's title. With up to 4 playing Divisions, paintballers swarmed to Jurong as the first paintball event to be organized on the Western part of Singapore. Organizers settled into the Circle Lawn (name of the field) a few days before the event with hopes of bringing a carnival theme tournament to the participants and they did not disappoint. For the first time, the SPS committee has decided to set up a food stall to cater to the ever hungry paintballers, isotonic drinks were distributed throughout the event to subdue thirst, booths selling paintball accessories were not to be missed. As part of SPS’s objectives of showcasing paintball to the masses, the organizers brought back the inflatable shooting gallery for members of the public to have a go at the game, for free of course! Newly included into the program was a tryout game for staff of the Singapore Sports Council; however this tryout initiative was stopped by the heavy downpour at noon. With the Novice Division teams playing 4 qualifying games in the morning, it was the Open Division teams who displayed high intensity shooting capped at rate of 12 balls per second, semi-automatic mode. 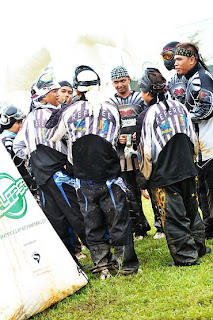 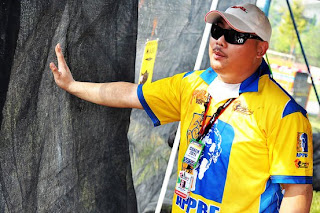 With a database of more than 500 paintball players in Singapore and a rich history in the organization of paintball events in Singapore, the SPS identify opportunities of collaboration with industry partners in creating awareness for the sport and product branding during the tournament. With an intensive sponsorship program and capable sponsorship team, the SPS 2011 is proud to partner our industry sponsors in product sponsorship and brand awareness. For the first time in SPS history, the SPS had achieved the support of FORCE 21 Equipment Pte Ltd as our title sponsor for the Open and Novice Division. FORCE 21 Equipment Pte Ltd a leading regional supplier of security, defence and rescue gear has also extended their support for the league for the entire series in 2011. CEO of FORCE 21, Daniel Cheah quoted “FORCE 21 is proud to sponsor the Singapore Paintball Series 2011, as we watch this dynamic sport catching the hearts of Singaporeans, and growing its membership steadily. We believe the passion and enthusiasm both the organizers and players share for this sport will create a strong bond and hence drive the standards of the game to international level.” Together with partnership of FORCE 21, the SPS sponsorship team also managed to garner the support of other industry sponsors and they are: 100 PLUS, Voxsports, Park Royal Hotel (Kitchener), AntConcept, Tilt, Citibank, D’Dreamz International, Sweet Delights, RAMPED Magazine, Pro Paintball Resources, Bottle Tree Park, Red Dynasty Paintball Park and Paintballers World. 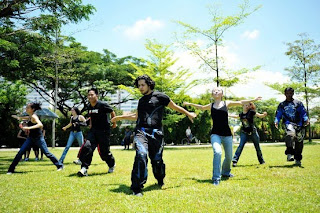 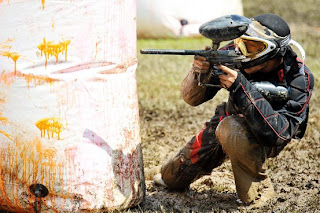 Participants came back on day 2 for more intensifying action on the field which many refer to as the “mud spa” after the soaking rain a day earlier. However, this did not deter the local ballers as they battled even stronger as the competition takes its toll. D’Dreamz International took the main spotlight when they put up a lunch time performance by showing their grooves on the field with kids gymnastics dance to hip hop pop dancing. Lester Wing a member of the Red Sevens who participated in the tournament but was shown the early exit received the loudest cheer as he donned his paintball gear and moved gracefully on the field. “The team of paintballers consisting of Jose Cerda (Professional dance instructor), Carl Sahetapy (Professional golfer) and Lester Wing (Graphic Designer) had prepared for the dance piece for the past few weeks as part of their dance class routine. When we were approached by Carl and Jose who mooted the idea of performing a dance in front of the crowd, we knew that this will surely be the highlight of the day” exclaimed Ben Seow who is the Tournament Promoter of the SPS. 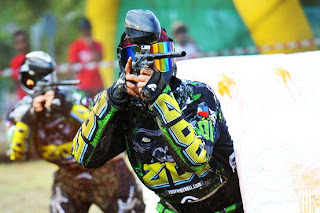 As the day draw closer to an end, it was Team ZOO who clinched the FORCE 21 Open Division SPS 2011 Leg 1 Champion title by edging out Team SKIN in a best of 3 games format. With this win, Team ZOO has successfully defended their Champion title having won last year’s SPS 2010 series. In the Novice Division, team Rampage Onslaught who was the 4th position winner in the World Cup Asia 2010 held in Malaysia took the Champion title and similarly to Team ZOO, Rampage Onslaught defended their title too. Their final game with team Heartbreakers showed that they were a notch above most teams in the league. SJI Fluffy Rabbits which represented SHELL Petroleum and Team Generation Kill from Singapore Polytechnic took home the Corporate Division title and Tertiary Division title respectively. 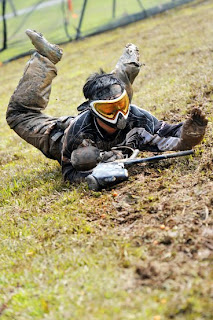 As a growing paintball league in Asia, the SPS Committee recognizes the need to invite overseas participants to participate in the SPS so as to create opportunities for skill exchanges and interaction. For SPS 2011 Leg 1, the SPS allow each team to register up to 2 foreign players. This initiative was not permitted in the earlier paintball tournaments such as the Singapore Paintball Novice Series in 2008/2009 and SPS 2010 as the SPS wishes to establish a good foundation and fundamental of skill for the local players before opening the tournament to foreign teams. “The 2nd Leg of SPS which will be held on 8 & 9 October 2011 will see the participation of International paintball teams from the regional countries. The SPS will partner the Paintball Asia League Series (PALS) to further improve the local paintball scene with a taste of international flair. Participants can expect to see other collaborative projects with reputable stakeholders such as the AsiaRefs, Asia Pacific Paintball Federation (ABBPF) and Singapore Tourism Board. The planning for Leg 2 is already underway and we promise to make our next tournament the biggest paintball event ever held in Singapore!” added Jane Koh, SPS Tournament Director and former President of the Paintball Association (Singapore).

The SPS Committee would also like to thank all participating teams, sponsors, spectators, AsiaRefs, SPS Referees and vendors for making this event a success for paintball in Singapore!