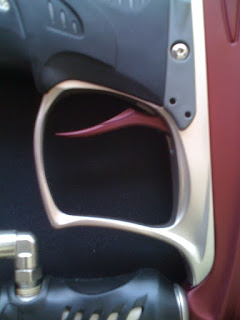 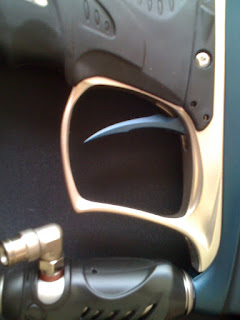 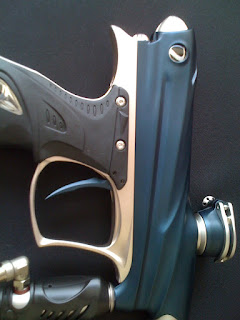 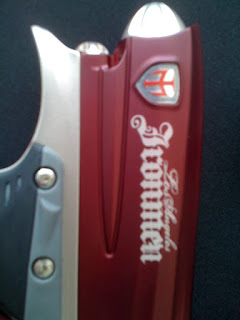 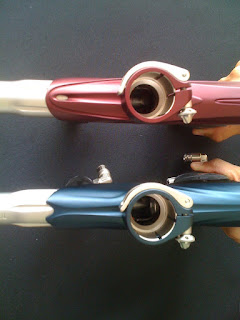 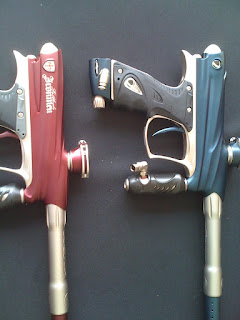 I have previously done a comparison of Egos, SLGs and yes, I would love to do a comparison for DMs but instead, I will go one level higher to compare DM9 against its limited edition, the Ironmen DM9.
There are only 5 pieces in Asia, 4 in Taiwan... and of course, being the paintball hub of South East Asia, there is 1 piece in Malaysia and to be really specific, you can only find this marker in KCHL paintball. This marker is not going to come cheap given that the DM series markers are undoubtly the most reliable marker in the paintball industry. Speak to any Dye DM series users and they will tell you that they wouldnt change anything for a DM marker. The internals of this marker uses a Billy Wing DM9 bolt which is non-existence in the retail market now. So that explains how limited edition this marker is. If you think that a limited edition DM is only limited by its overall outlook, then you are so so wrong. The Dye research and development team has developed a completely new marker frame with what looks like a strap holder for the new marker series. And yes, its lighter than the currecnt DM9s.
The one thing that amazes me most about the design of the mark is the Ironmen crest that is entirely embedded into the marker frame as opposed to the usual laser anodizing. This could set the entire paintball industry looking into this newly added feature in marker designs.
Oh...did I mentioned that there is a black version for this? Consider it as the limited among the limited. And yes, I will be holding one of this very very soon.
Posted by ION at 11:48 AM No comments: 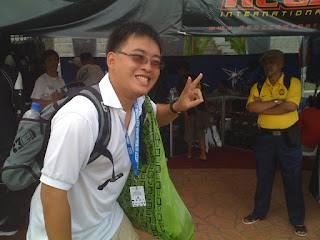 Congratulations to Bryan "Judas" Quek for winning the 2nd position in the International Super Sevens Championship (ISSC) 2009 Division 3 with Team Shoot in Rage. This is by far the most prestigious medal ever won by a Singaporean.
Judas has come a long way since started playing with Redlords. We have proud of him and happy of his acheivements. He is now the most medalled player in Singapore having won the following:
Redlords - SPNS 2008 Leg 1 Champion
NPL 2009 Leg 2 (Shoot in Rage) - Division 4 3rd Runners Up
ISSC 2009 (Shoot in Rage) - Division 3 2nd Runners Up
Posted by ION at 9:25 AM No comments: