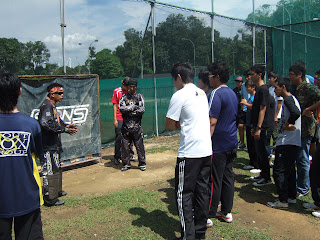 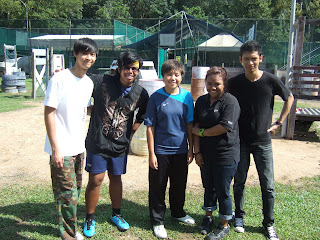 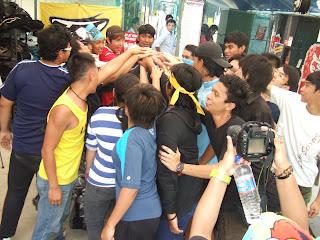 What's paintball without the hustle?
Republic Polytechnic in collaboration with Red Dynasty Paintball Park conducted the RP Sports.Short.2010 program to introduce the sport of paintball to students of RP. As a forerunner in the promotion of paintball as a sport in Singapore, Red Dynasty Paintball Park jumped on the opportunity to introduce this adrenaline rushing game to RP students in the Sports.Short.2010, a one-month long program to introduce RP students to niche sports around Singapore and we are lucky that paintball is identify as a niche but upcoming sports for student groups in Singapore. Earlier this year, Red Sevens introduce the game of speedball to a group of Singapore students and the transformation was the formation of a paintball interest group in the school. With this introduction game, we are hoping to see another school engaging in the game of paintball very very soon... so till then.
Posted by ION at 8:46 PM No comments: