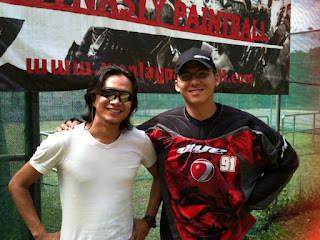 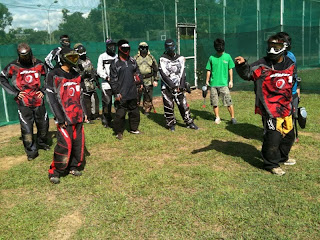 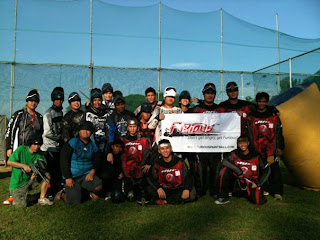 Red Sevens conducted a Basic Paintball Course in Red Dynasty Paintball Park on 6 June 2010. A total of 13 participants showed up for the course and was greeted with a day of snapshooting, snapshooting and more snapshooting... The whole entire Red Sevens gang (less Jane, ELLE) was around to conduct the course with the help of a few "veterans" paintballers from the local community. A surprise visit by Bryan Judas who used to play for Team Redlords and Kamikaze was around to grace the session as well. Bryan is currently on his paintball break and was with Team Shootin Rage (SIR) a Johor before he declared his holiday. Division 1 player, Farid Zainol otherwise more well known as Cyrus was at the field too... he is currently playing for Team No Mercy and was featured in teams such as Johor Pirates and Team Warriors from KL. Yeah, he is a Singaporean too. And even a more surprising visit by the SUPAstar from KL, Mr. Werdnahol, Andrew Loh was in town as well... WHAT A CROWD!
The Basic Paintball Course is becoming a regular affair for Red Dynasty Paintball Park as they continue to organize paintball courses and clinics for beginners to break into the game. Since establishment, Red Dynasty Paintball Park has conducted more than 20 paintball courses and clinics and continue to be a forerunner for paintball development in Singapore.
Posted by ION at 2:11 PM No comments: 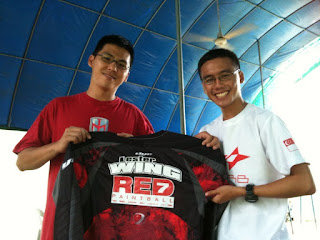 Red Sevens is proud to introduce their newest recruit Lester Wing. Lester plays in the front position and will be feature in the Red Sevens team playing in Division 3 and Division 2 games. Lester will command a regular spot in the team in 2011 as the team continues to expand its players roaster. Lester made his debut with the team in the Malaysia National Paintball League Leg 3 in Malacca where he was featured in 6 games including the semi finals and 3rd/4th placing games. "We are happy to include Lester into the team. His learning attitude towards the game of speedball is commendable. We are working with Lester to provide him with more playing opportunities" exclaimed Ben, who is the current captain of the Red Sevens.
Posted by ION at 1:51 PM No comments: