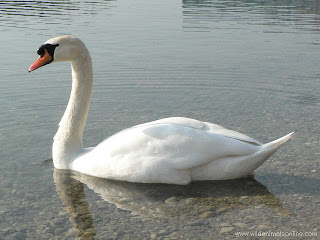 A new term for Singapore paintball... "Chee Lang".
The term "Chee Lang" refers to a common paintball stance adopted by paintballers who try to maintain minimum profile (without the "chicken wings" (arm) sticking out) while resting the gas tank on top of their shoulder with the trigger hand resembling a swan or a snake. 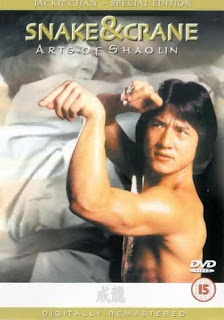 Jackie showing the Chee Lang hand
Posted by ION at 5:15 PM No comments: 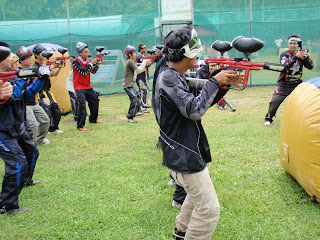 Ask someone who has played paintball before and you will gather 2 schools of thought:
Firstly, you have a group of people who often see the negative side of things, so they will tend to relate paintball to pain, tiring, expensive, hard to organize as some of the descriptions. In some ways, they are not wrong... it is indeed painful when being shot by a paintball hit but everyone has a different threshold of pain, so what is painful to you, might just feel like a mosquito bite for me. As a shooting game where participants run and dodge, I am pretty sure even the fittest will complain about muscle cramps but hey... I get tired even walking up the stairs to my house. So its managable. Is it expensive? That all depends on the depth of your wallet but if the company is footing the bill, why do I care? Is it hard to organize? Hmmm...fix a date and show up. How difficult can that be? 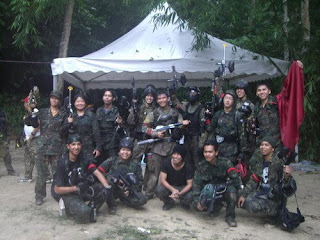 I will now focus on the positive side of paintball... IT'S A GAME FOR EVERYONE! I have seen uncles and aunties (referring to people who are in their late 40's or 50's) who enjoyed themselves. I have seen kids as young as 14 years old shooting the hell out of their daddy who boost about his army experience. I have seen ladies who are demure in nature goes onto the field to become the most fearless player. Again... IT's A GAME FOR EVERYONE. Okay, now that everyone can be part of this game, I will focus on the fun side of this game. Imagine this, you "throw" someone into the field, armed him with 100 paintballs (ammunition), you bestow him with great authority by passing him a paintball marker (gun) and VIOLA! you have created a soldier or an animal. Why animal? When the animal is hungry, it looks for food, when the animal is under threat by bigger animals, it puts up its defenses. Likewise, in the game of paintball, we create this adrenaline hunger in everyone. 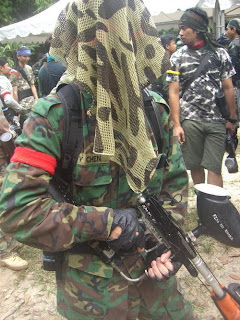 Oh... did I also mention that it brings out ones confidence, decision making skills and teambuilding among people you never knew existed in your company. The game of paintball has got many misconceptions since its intervention, we have heard stories about people getting injured during a game of paintball, people trying to promote terrorism using paintball, people who played paintball once and never to return again... but above all that is said, there is no denial that paintball is just a fun game. 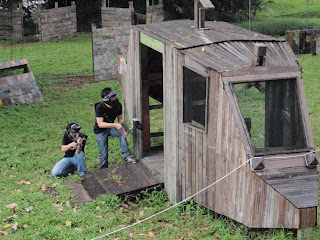